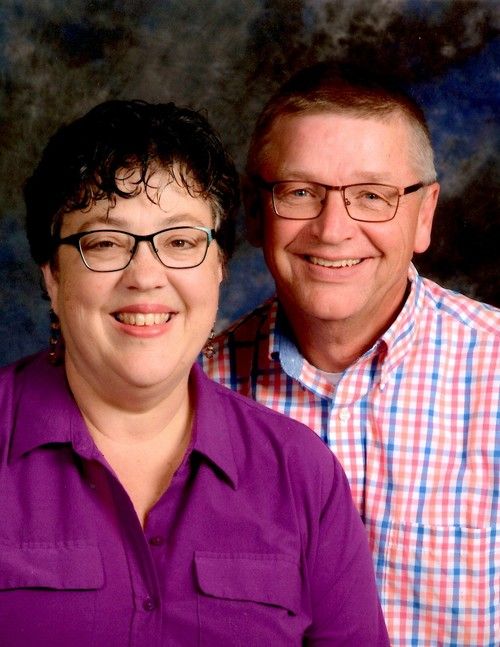 Wyatt and Joy Smith have been shepherding County Line since April of 2010.  Wyatt grew up in Minnesota and Joy in California.  They met at Bible College in Iowa in the fall of 1977.  Wyatt was a farm boy in northern Minnesota with six sisters and two brothers.  Joy was a pastor’s daughter in Stockton California with an older sister and two older brothers.  Wyatt and Joy were married in California in 1979 and began to work in ministry with Joy’s Dad.  They then moved to St. Charles, Missouri and worked in the youth and music ministry with a great church.   After eleven years in the youth and music field they decided to move to Oregon and take their first senior pastorate.  From there they went to Elkhart, Indiana and spent ten years at a Missionary church. Before coming to County Line, Wyatt and Joy spent seven and a half years in Northwest Arkansas in church planting.

Joy has been a worship leader for most of their ministry years.  She leads the worship at County Line and teaches a group of ladies.
Contact